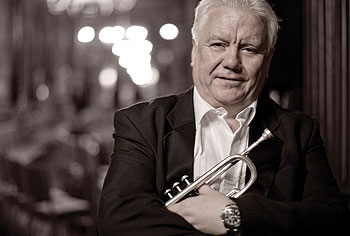 Bruce’s interest in jazz started as a seven year old in Glasgow when he heard a record of Django Reindhart. So impressed was Bruce, that he wanted to be able to play like Django. Fortunately his father Bob (himself a professional guitarist) spotted the obvious flaw in this plan. Bruce was a terrible guitarist, so he bought him a trumpet instead. So the world was saved from yet another guy who thought he could play guitar but couldn’t. It’s a pity his father hadn’t been more ambitious. He should have been the Charles Bronson to bad Guitarists and wiped them all out.

Bruce was eleven when he started on trumpet, and did his first gig after five months. Within another few months, he was gigging regularly around Glasgow. When he was fourteen, as a prodigy of Nat Gonella’s, he won on Hughie Green’s Opportunity Knocks. The following year he went on the road doing a double act with his father Bob – Expo ’67 in Montreal was followed by a C.S.E. tour for the troops in Aden with Tony Hancock. Over the next few years further C.S.E. shows were followed by trips to New York on the QE2 and cruising with P&O. Sadly the Act finished in 1973 with Bob’s premature death. 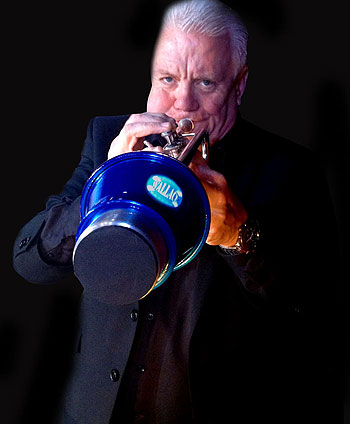